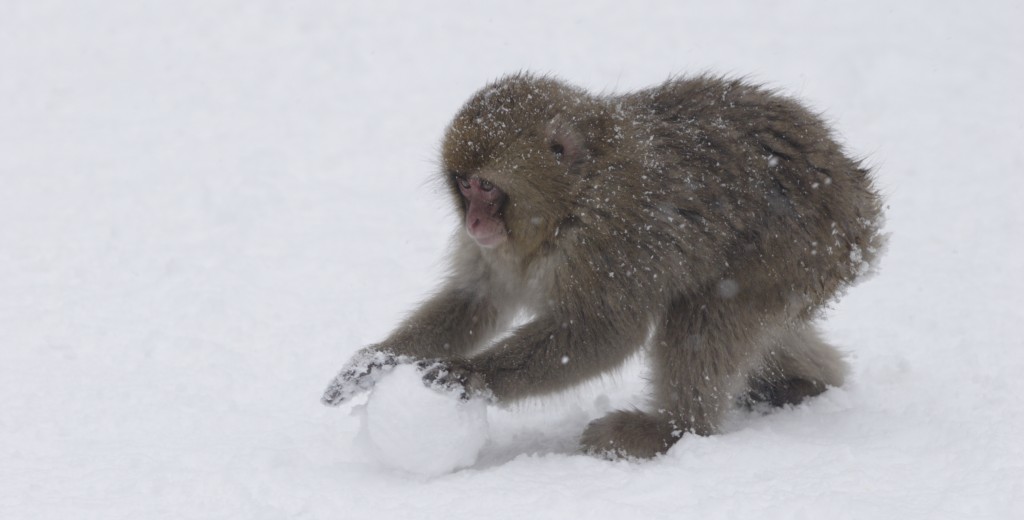 Welcome to the paradise of powder snow and fun! 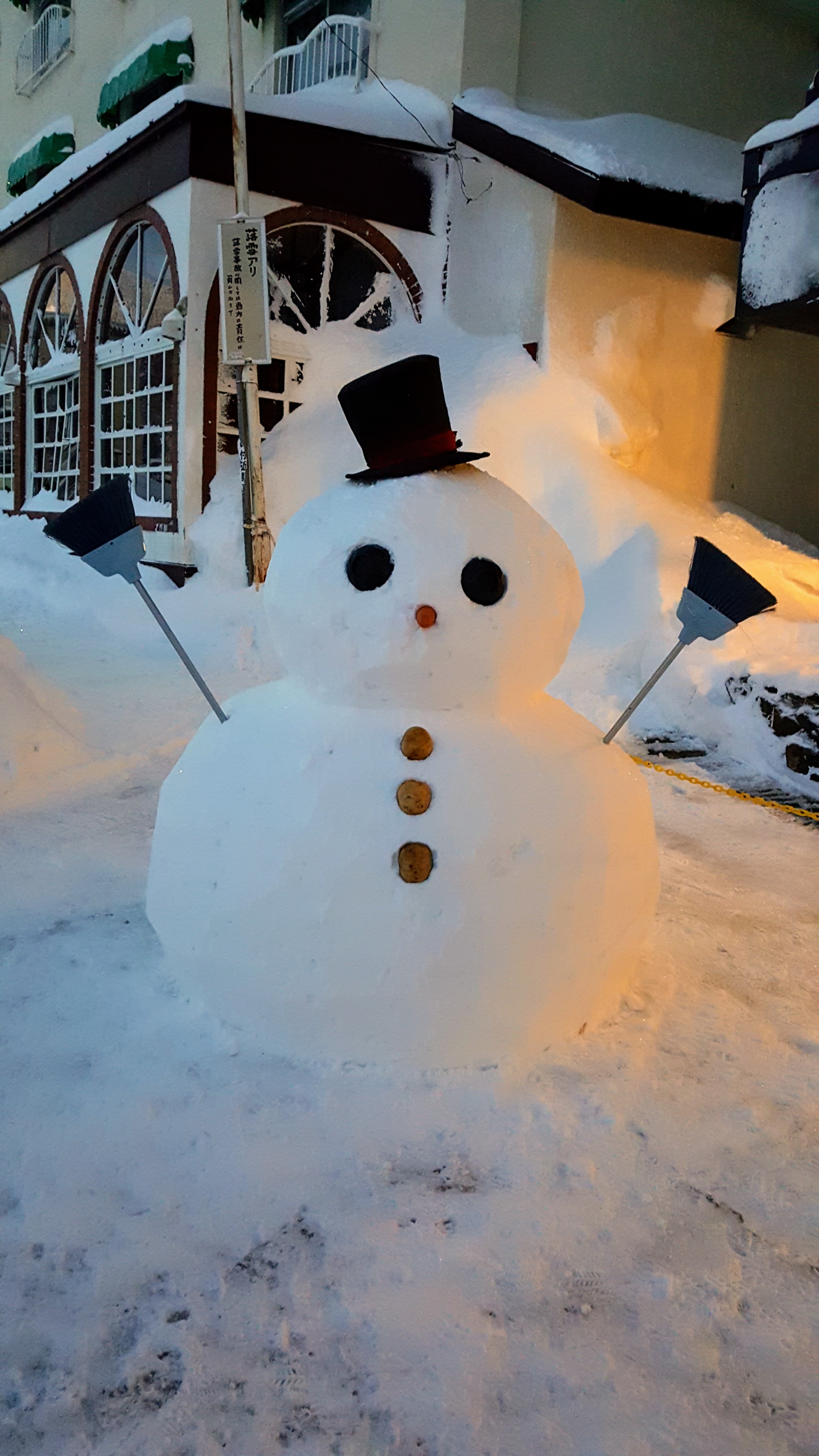 ☆The snow magic makes everyone feels like a child. Enjoy the powder snow as it blows right to your face when you ski or board down the slopes. See how it glitters under the bright sun that is so inviting to touch, lie down and roll around and spread the angel wings not minding of what other snow lovers would think.☆

What makes it stand out among other ski areas is the fineness, the dryness and the lightness of the snow. It’s filled with air and soft like cotton. You can walk easily even if you’re buried knee-deep. For non-skiers/boarders, there’s so much fun to do! Get bundled up, put on your beanie and snow gloves, pick up your sled and shovel and FEEL the famous Shigakogen snow!

Snow Shoe Hiking ☆Hike at the world of fresh snows☆

How about taking a walk at the quiet forest or snowy fields in the midst of the snow monsters? We have a Guide at the hotel (with surcharge) that can assist and take you around the hidden majestic sceneries of Shigakogen, walk around the frozen lake or just smell the perfume of the deep forest and feel safe that you can find your way back to the hotel.
※At least 5 days advance notice is required.

What is Snow Shoe?

It is called,“Western Kanjiki”or something to put under the footwear to avoid getting deep into the snow. Compared to Japanese kanjiki, western kanjiki has the characteristic of being able to sustain on top of the soft snow. Please consult the Front Desk for rental.

To ski and snowboard be the glory! (November till Mid-May)

Shiga Kogen is the largest ski resort in Asia consisting of 21 ski fields and about 70 lifts, gondolas, ropeways and tows. The 21 interlinked ski areas offer you the largest winter playground imaginable. It is famous for its incredible powder quality snow and grand scale scenic terrains. Starting in winter 2015-16 all of Shiga-kōgen will be open to skiers and snowboarders. It has one of the longest ski seasons in Japan commencing from mid-to-late November until the first week of May.

It’s obviously all about skiing and snowboarding at the world class slopes. But if you tear yourself from the mountains there’s so much more to explore. You can make a day trip to the Snow Monkey Park, Yudanaka and Shibu Onsen or stretch a bit further to Zenko-ji Temple.

☆Enjoy fully the diamond powder snow at the summit at 2,307m☆ 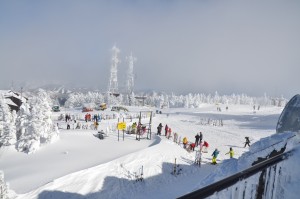 Just 5 minutes by foot from the hotel to the 1st lift and go up to the 3rd lift to view the 360 deg. panoramic view.

On fine weather, you can see Mt. Fuji!

Around February, fearful snow monster line the surrounding of the summit. Whilst there, don’t forget to have a break at the Crumpet Café. Free wifi at the Café.

A 7-minute walk at the back of our hotel to the slopes. The only resort in the area that has snow machine. With that, they can start operating the slopes even before the official opening of the season and continue until mid of May. It has the longest ski season in Japan!

The resort is surrounded with mountains that even during snow storm or windy, skiers can enjoy the slopes. The course is varied that has been loved by skiers and boarders of all level and pretty sure, they will find pleasure exploring the wide courses in between forests that would make a fun-filled day.

Night ski is operating every Saturdays from January to end of March. On New Year’s Eve, a torch parade is organized and participation is free on a first-come-first-serve registration. 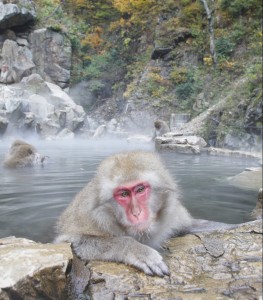 Jigokudani Yaen Koen, as commonly called by the locals, is a place where you can see more than 200 wild long tailed monkeys come to bathe in the natural hot spring water. It is interesting to watch them bathing happily and grooming each other. It's an impressive sight that shouldn’t be missed during your stay in the area.

Experience the Japanese culture by wearing the Yukata robes (traditional onsen wear) and geta (wooden sandal) while strolling along the narrow historic streets of Shibu Onsen Village. Some Ryokans (Japanese style Inns) date back to over 400 years. There are nine onsen (public hot spring) bath houses. Enjoy the “Kyu-to meguri” or the tour of the nine bath houses for purification. It is said that good fortune comes to those who do the entire tour. Shibu Onsen is spread out beside the Yokoyugawa River, with Yudanaka Onsen located below and the Jigokudani Monkey Park above.

Zenkoji is one of the most popular temples in Japan founded in the 7th century. It stores the first Buddhist statue brought in Japan. The original statue is hidden and a copy is shown to the public once in every 6 years. There is an underground passage at the basement of the inner chamber where visitors walk through in complete darkness in search for “key to paradise”. Everyone struggle to touch the key along the corridor walls with a belief that it will grant salvation. The path leading to the third gate is lined with shops selling local specialties and souvenirs, as well as small restaurants. The temple is a 10-minute bus ride from JR Nagano Station.

Hiking and Trekking (June till October）

Shiga Kogen has a mountainous landscape. It is surrounded by 2,000m mountains and has more than 70 lakes. From middle of May, snow gradually melts, fresh green foliage begins and flowers bloom. From spring to fall, there are more than 500 types of alpine plants bloom in the area. You will also find the very rare luminous moss which was designated as a Special Natural Treasure of Japan.

Enjoy the magnificent scenery through hiking or trekking. There are lots of courses with rich highlights. One of which is the popular “ike-meguri”, which is a 3~4 hours walk to the forest and around lakes and wetlands. The starting point of these courses is the Maeyama lift which is just in front of the Hotel. Trekking is not allowed without a guide. Contact the front desk for further information. 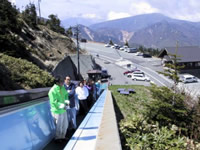 A 10-minute ride of the Skylator (escalator) and the Natsuyama lift will take you to the Deck about 2,305m above sea level. You will have a dynamic view of the Northern Alps and if the weather is fine, you can see Mt. Fuji.

Shiga Kogen has more than 40 lakes and ponds. Fishing is possible at Maru Pond and Biwa Pond which is a short drive from the Hotel. Boats are available for rent. A fishing license is required to fish at Zako River. Fishing is prohibited from October thru May.

Shiga-kōgen was famous as a hot spring (onsen) location before skiing became popular. Yudanaka and Shibu Onsen Villages are 40-minute drive from the Hotel. There are more than seven natural hot spring sources. Shibu Onsen has a long history of approximately 1350 years. It was used as a relaxation area by Samurais from the Sanada clan of the Edo period. Hot Springs are perfect places for tired guests to relax after sports, nature walks, or other activities.